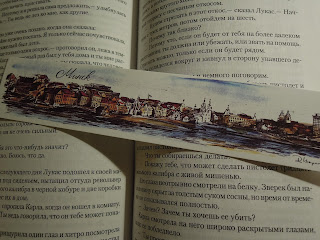 Minsk is the capital and largest city of Belarus, situated on the Svislach and Nyamiha rivers. It is the administrative centre of the Commonwealth of Independent States (CIS). As the national capital, Minsk has a special administrative status in Belarus and is the administrative centre of Minsk Region (voblast) and Minsk raion (district). In 2013, it had a population of 2,002,600.
The earliest historical references to Minsk date to the 11th century (1067), when it was noted as a provincial city within the principality of Polotsk. The settlement developed on the rivers. In 1242, Minsk became a part of the Grand Duchy of Lithuania. It received town privileges in 1499.
From 1569, it was a capital of the Minsk Voivodship in the Polish–Lithuanian Commonwealth. It was part of a region annexed by the Russian Empire in 1793, as a consequence of the Second Partition of Poland. From 1919–1991, after the Russian Revolution, Minsk was the capital of the Belorussian Soviet Socialist Republic within the Soviet Union. More... 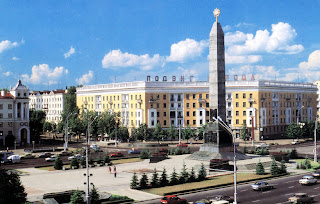 This bookmark is me tremendously expensive, because it is the from birthplace of my dad-of Minsk. :)

Thank you very much, my bookish friend Laura :)
Posted by Skandinave at 7:00 AM