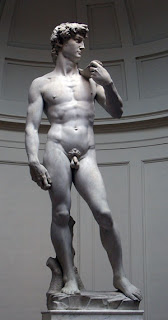 1.Michelangelo's David is kept in the Florence accademia gallery, one of the most famous museums in Florence academia gallery is best known for Michelangelos david and florence michelangelo.
The Academy of the Art of Design is an art academy in Florence, Italy.
The Florence Academia Gallery (Accademia di Belle Arti) has housed the original David of Michelangelo since 1873.
The sculpture was brought to the Accademia for reasons of conservation, it was moved from its previous outdoor location on Piazza della Signoria.
Among the notable renaissance works on display are an outstanding collection of 15th and 16th century Florentine paintings by the main artists of the renaissance in Florence. 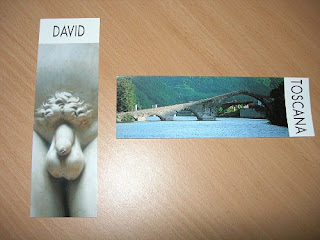 2.Tuscany (Italian: Toscana,) is a region in Central Italy. It has an area of 22,990 square kilometres (8,880 sq mi) and a population of about 3.7 million inhabitants. The regional capital is Florence.
Tuscany is known for its beautiful landscapes, its rich artistic legacy and vast influence on high culture. Tuscany is widely regarded as the true birthplace of the Italian Renaissance, and has been home to some of the most influential people in the history of arts and science, such as Petrarch, Dante, Botticelli, Michelangelo, Leonardo da Vinci, Galileo Galilei, Amerigo Vespucci and Puccini. Due to this, the region has several museums (such as the Uffizi, the Pitti Palace and the Chianciano Museum of Art). Tuscany has a unique culinary tradition, and is famous for its wines (most famous of which are Chianti, Vino Nobile di Montepulciano, Morellino di Scansano and Brunello di Montalcino).More...

My bookmark shows Ponte della Maddalena (Italian: "Bridge of Mary Magdalene") is a bridge crossing the Serchio river near the town of Borgo a Mozzano in the Italian province of Lucca.[1][2]. One of numerous medieval bridges known as Ponte del Diavolo, the "Bridge of the Devil", it was a vital river crossing on the Via Francigena, an early medieval road to Rome for those coming from France that was an important medieval pilgrimage route.

The bridge is a remarkable example of medieval engineering, probably commissioned by the Countess Matilda of Tuscany circa 1080-1100. It was renovated circa 1300 under the direction of Castruccio Castracani. The largest span is 37.8 m. The bridge is also described in a 14th century novella by Giovanni Sercambi of Lucca.

Circa 1500 it took on the name of Ponte della Maddalena, from an oratory dedicated to Mary Magdalene, whose statue stood at the foot of the bridge on the eastern bank. Posted by Skandinave at 4:09 AM