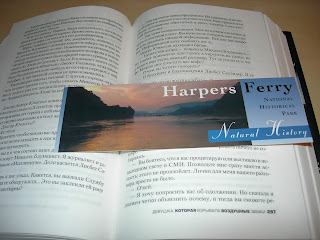 Harpers Ferry is a historic town in Jefferson County, West Virginia. In many books the town is called "Harper's Ferry" with an apostrophe. It is situated at the confluence of the Potomac and Shenandoah rivers were the U.S. states of Maryland, Virginia and West Virginia meet. The town is located on a low-lying flood plain created by the two rivers and surrounded by higher ground. Historically, Harpers Ferry is best known for John Brown's raid on the Armory in 1859 and its role in the American Civil War. As of the 2000 census, the town had a population of 307. 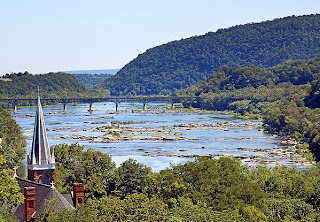 The Harpers Ferry water gap has attracted human attention for centuries.Native Americans,early settlers,railroad,and canal used the gap in the Blue Ridge as an avenue of travel and transport.The rivers that carved the gap also produced power for the town`s mills and factories.Hardwoods from the mountains provided charcoal for industry and fuel for stoves.Harpers shale afforded excellent building material.
Although floods sometimes have ravaged what human hands have built,the land here has proven resilient.Today,wetlands fill abandoned canals and plants and animals use old ruins as homes.Throughout years of human alteration and natural reclamation,the picturesque landscape has remained a constant-inspiring writers,artists,and millions of visitors.

Thank you for it Renolda :)
Posted by Skandinave at 4:31 PM