Sherlock Holmes  is a fictional detective created by Scottish author and physician Sir Arthur Conan Doyle. A brilliant London-based "consulting detective", Holmes is famous for his astute logical reasoning, his ability to take almost any disguise, and his forensic science skills to solve difficult cases.
Holmes, who first appeared in publication in 1887, was featured in four novels and 56 short stories. The first story, A Study in Scarlet, appeared in Beeton's Christmas Annual in 1887 and the second, The Sign of the Four, in Lippincott's Monthly Magazine in 1890. The character grew tremendously in popularity with the beginning of the first series of short stories in Strand Magazine in 1891; further series of short stories and two novels published in serial form appeared between then and 1927. The stories cover a period from around 1880 up to 1907, with a final case in 1914.
All but four stories are narrated by Holmes's friend and biographer, Dr. John H. Watson; two are narrated by Holmes himself ("The Blanched Soldier" and "The Lion's Mane") and two others are written in the third person ("The Mazarin Stone" and "His Last Bow"). In two stories ("The Musgrave Ritual" and "The Gloria Scott"), Holmes tells Watson the main story from his memories, while Watson becomes the narrator of the frame story. The first and fourth novels, A Study in Scarlet and The Valley of Fear, each include a long interval of omniscient narration recounting events unknown both to Holmes and to Watson. More... 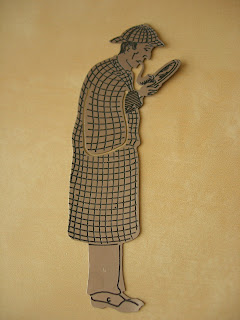 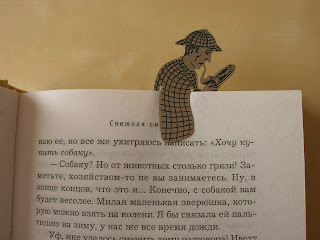 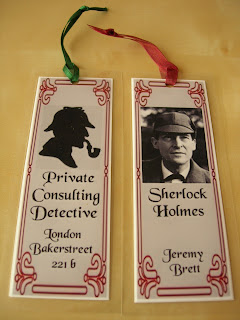 Posted by Skandinave at 4:41 AM