The Totonac Culture, whose name is possibly translated as "three hearts", likely referring to three centers of this culture:
This culture had a large ceramic variety and stone sculpture, monumental architecture and cities with an advanced urban concept. The Totonac Languages are a family of closely-related languages spoken by approximately 200,000 Totonac and Tepehua people in the states of Veracruz, Puebla, and Hidalgo in Mexico. The Totonacan languages are not demonstrably related to any other languages, although they share numerous areal features with other languages of the Mesoamerican Sprachbund, such as the Mayan languages and Nahuatl. 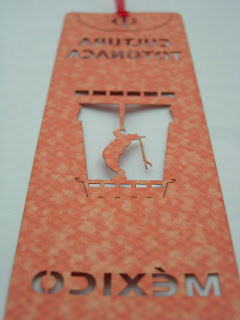 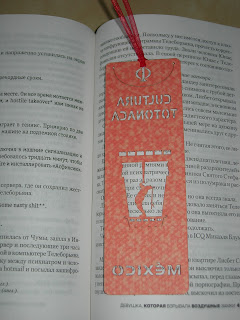 The Danza de los Voladores (Dance of the Flyers) is a ceremony/ritual which has its roots in the pre-Hispanic period and presently best known as associated with the town of Papantla, Veracruz. It is believed to have originated with the Nahua, Huastec and Otomi peoples in central Mexico, and then spread throughout most of Mesoamerica. The ritual consists of dance and the climbing of a 30 meter pole from which four of the five participants then launch themselves tied with ropes to descend to the ground. The fifth remains on top of the pole, dancing and playing a flute and drum. According to myth, the ritual was created to ask the gods to end a severe drought. Although the ritual did not originate with the Totonac people, today it is most strongly associated with them, especially those in and around Papantla, as the ceremony has died off in most other places. The ceremony was named an Intangible Cultural Heritage by UNESCO in order to help the ritual survive and thrive in the modern world.More stories can be found here... 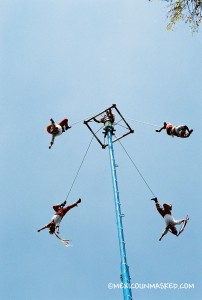 Thank you, Karen, I love that bookmark :)
Posted by Skandinave at 4:53 AM