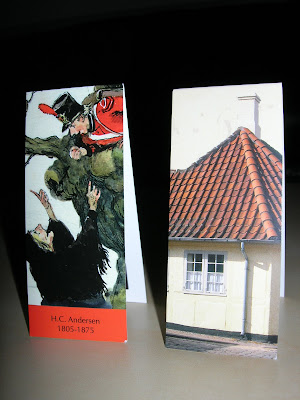 Bookmarks from the H.C.Andersen Museum in Denmark. 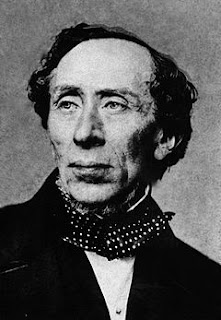 Hans Christian Andersen (referred to using the initials H. C. Andersen in Denmark and the rest of Scandinavia; April 2, 1805 – August 4, 1875) was a Danish author and poet noted for his children's stories. These include "The Steadfast Tin Soldier", "The Snow Queen", "The Little Mermaid", "Thumbelina", "The Little Match Girl", and "The Ugly Duckling".
During his lifetime he was acclaimed for having delighted children worldwide, and was feted by royalty. His poetry and stories have been translated into more than 150 languages. They have inspired motion pictures, plays, ballets, and animated films.More...

The first bookmark is an illustration from the fairy tale -"The Steadfast Tin Soldier" is a literary fairy tale by Hans Christian Andersen about a tin soldier's love for a paper ballerina. After several adventures, the tin soldier perishes in a fire with the ballerina. 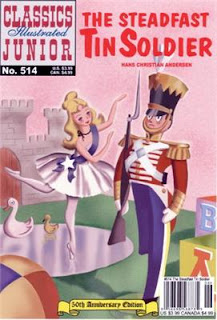 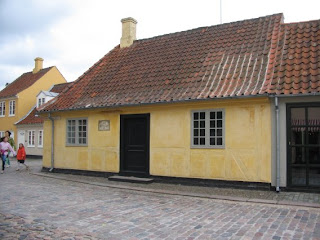