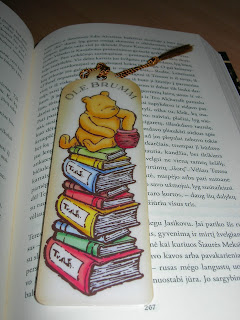 Winnie-the-Pooh, also called Pooh Bear, is a fictional anthropomorphic bear created by A. A. Milne. The first collection of stories about the character was the book Winnie-the-Pooh (1926), and this was followed by The House at Pooh Corner (1928). Milne also included a poem about the bear in the children’s verse book When We Were Very Young (1924) and many more in Now We Are Six (1927). All four volumes were illustrated by E. H. Shepard.
The hyphens in the character's name were later dropped when The Walt Disney Company adapted the Pooh stories into a series of features that became one of the its most successful franchises worldwide.
Since 1966, Disney has released numerous animated productions starring Winnie the Pooh and related characters. These have included theatrical featurettes, television series, and direct-to-video films, as well as the theatrical feature-length films The Tigger Movie, Piglet's Big Movie, and Pooh's Heffalump Movie.

Winnie the Pooh was a familiar figure in the Soviet popular culture. This Russian stamp from 1988 showing Winnie the Pooh (Винни-Пух) and Piglet (Пятачок) in Soyuzmultfilms cartoon version

Posted by Skandinave at 5:06 AM