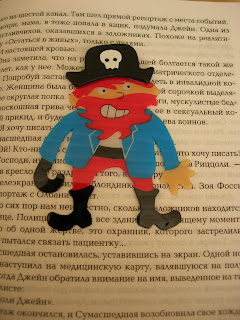 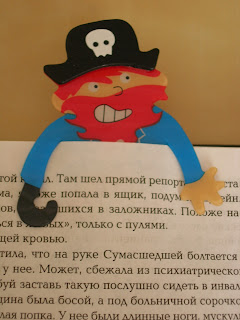 Piracy is a war-like act committed by private parties (not affiliated with any government) that engage in acts of robbery and/or criminal violence at sea.
The term can include acts committed in other major bodies of water or on a shore. It does not normally include crimes committed against persons travelling on the same vessel as the perpetrator (e.g. one passenger stealing from others on the same vessel). The term has been used to refer to raids across land borders by non-state agents.
Piracy should be distinguished from privateering, which was authorized by their national authorities and therefore a legitimate form of war-like activity by non-state actors. This form of commerce raiding was outlawed in the 19th century.

Hat made ​​of wood,body of the plastic.
Thank you very much,Ana :)
Posted by Skandinave at 1:18 AM