Bookmark is from the Amsterdam Hermitage . 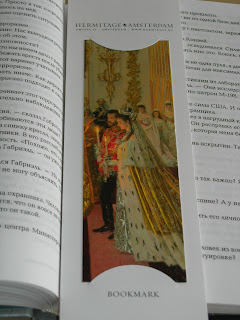 Hermitage Amsterdam is a dependency of the Hermitage Museum of Saint Petersburg on the Amstel river in Amsterdam. The dependency is located at the former Amstelhof, a classical style building from 1681. The dependency has been displaying small exhibitions in a side building next to the Amstelhof since 24 February 2004. The full museum was opened on 19 June 2009.
http://www.hermitage.nl/en/hermitage_amsterdam/ 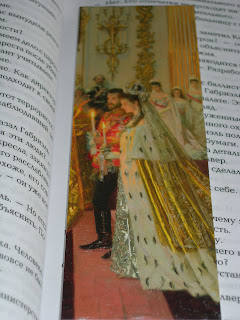 Laurits Tuxen Danish Painter, 1853-1927 was a Danish painter specialising in figure painting. He was also associated with the Skagen group of painters. Tuxen grew up in Copenhagen and studied at the Royal Danish Academy of Art where together with P.S. Krøyer he was considered to be one of the best painters. He first visited Skagen in 1870 and he returned on several occasions. In the 1880s and 1890s, he travelled widely painting portraits for Europe's royal families including Christian IX of Denmark, Queen Victoria and the Russian royalty. In 1901, after the death of his first wife Ursule, he married the Norwegian Frederikke Treschow and shortly aferwards purchased Madam Bendsen's house at the artists' colony in Skagen in the north of Jutland, converting it into a stately summer residence.

Nicholas II (Russian: Николай II, Николай Александрович Романов, tr. Nikolay II, Nikolay Alexandrovich Romanov ) (18 May [O.S. 6 May] 1868 – 17 July 1918) was the last Emperor of Russia, Grand Prince of Finland, and titular King of Poland. His official title was Nicholas II, Emperor and Autocrat of All the Russias and he is currently regarded as Saint Nicholas the Passion-Bearer by the Russian Orthodox Church. More.. 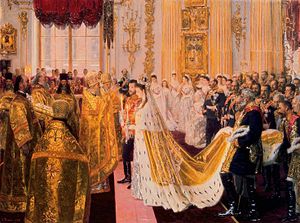 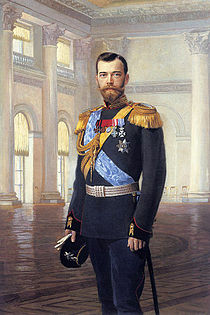 Posted by Skandinave at 7:09 AM