From Hospital of Santa Caridad,Sevilla

The Brotherhood of the Charity has its origins in the middle Ages, and was founded with humanitarian aims. It was dedicated to burying those who drowned ion the river and those who were condemned to death. Its church, of baroque style, is the work of Pedro Sanchez Falconete, who began the construction, and was completed years later by Leonardo de Figueroa. The best periods of the time worked on the decoration of this church: Bernardo Simón de Pineda, who made the altarpieces; Pedro Roldán the sculptures; and also we can see paintings of Murillo and Valdés Leal. The hospital is seated on the old dockyards built by king Alfonso X the Wise. Miguel de Mañara, who came from a rich seated Italian family in Seville had a very important role to play in this institution. It is said this character inspired Tirso de Molina to write "El Burlador de Seville", and later Zorrilla "Don Juan Tenorio". He was one of the senior brothers of the institution and gave great impulse to the institution. In the church we can see paintings by Valdés Leal. "The Final Stages" considered to be his masterpiece. Unfortunately, only two of Murillo's painting of misericord remain. The others are distributed among different foreign museums. This church is one of the many examples of the baroque style .
http://www.funtouristattractions.com/a/hospital-de-la-santa-caridad-seville-spain/1009 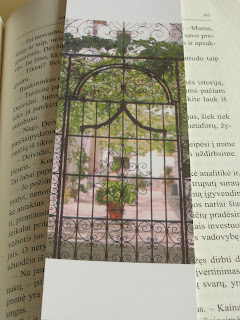