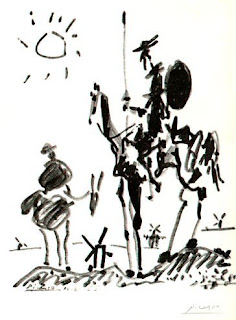 Don Quixote , fully titled The Ingenious Gentleman Don Quixote of La Mancha (Spanish: El ingenioso hidalgo don Quijote de la Mancha), is a novel written by Spanish author Miguel de Cervantes. Published in two volumes a decade apart (in 1605 and 1615), Don Quixote is the most influential work of literature from the Spanish Golden Age in the Spanish literary canon. As a founding work of modern Western literature, and one of the earliest canonical novels, it regularly appears high on lists of the greatest works of fiction ever published. In one such list, Don Quixote was cited as the "best literary work ever written". More...
Thank you very much,Zita :) 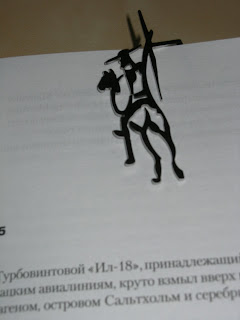 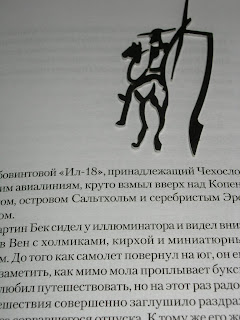 Posted by Skandinave at 1:41 AM