Ålesund  is a town and municipality in Møre og Romsdal county, Norway. It is part of the traditional district of Sunnmøre, and the center of the Ålesund Region. It is a sea port, and is noted for its unique concentration of Art Nouveau architecture.
Legend has it that Gangerolf (outside of Norway better known as Rollo), the 10th century founder of the dynasty of the dukes of Normandy, hailed from the community of Giske, north-west of Ålesund. At least three statues of Rolle exist: in the town park in Ålesund, in the city of Rouen, France, and in Fargo, North Dakota, United States.
In the night of 23 January 1904, the town was the scene of the Ålesund Fire, one of the most terrible of the many conflagrations to which Norwegian towns, once built largely of wood, have been subjected. Practically the entire town was destroyed during the night, a gale aiding the flames, and the population had to leave the town in the middle of the night with only a few minutes' notice. Only one person died in the fire, the 76-year-old Ane Heen, but more than 10,000 people were left without shelter.
Kaiser Wilhelm of Germany had often been on vacation to Sunnmøre. After the fire, he sent four warships with materials to build temporary shelters and barracks. After a period of planning, the town was rebuilt in stone, brick, and mortar in Jugendstil (Art Nouveau), the architectural style of the time. The structures were designed by approximately 20 master builders and 30 Norwegian architects, most of them educated in Trondheim and Charlottenburg, Berlin, drawing inspiration from all over Europe. To honor Wilhelm, one of the most frequented streets of the town is named after him.
Jugendstilsenteret - The Art Nouveau Centre of Norway. More... 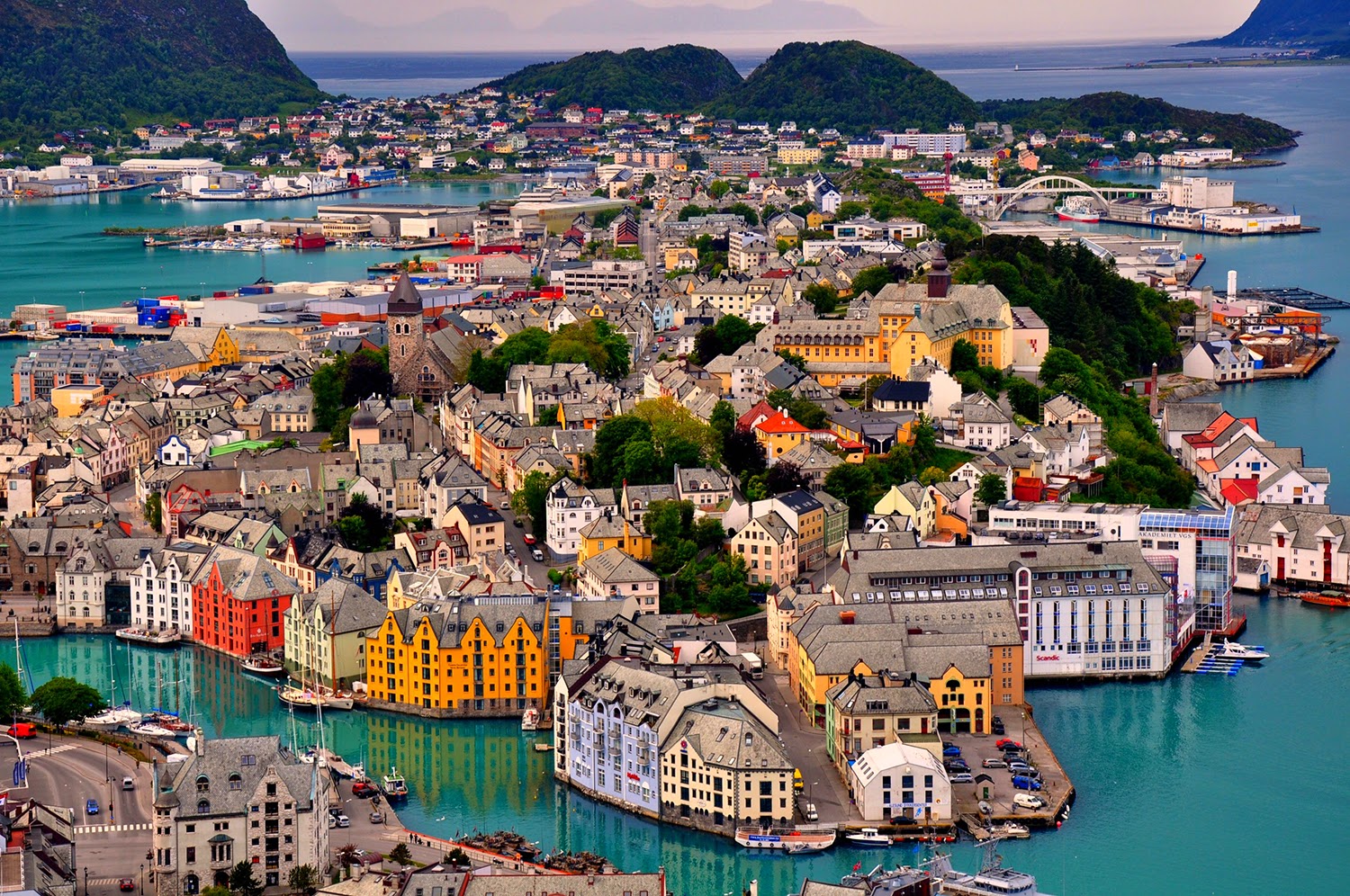 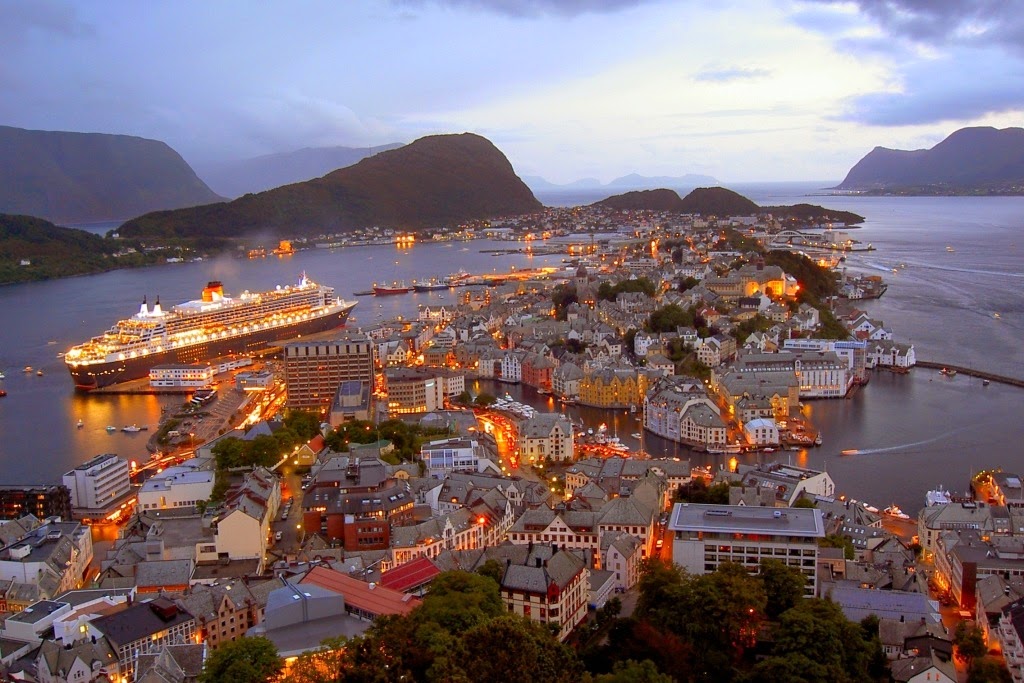 Posted by Skandinave at 3:47 PM