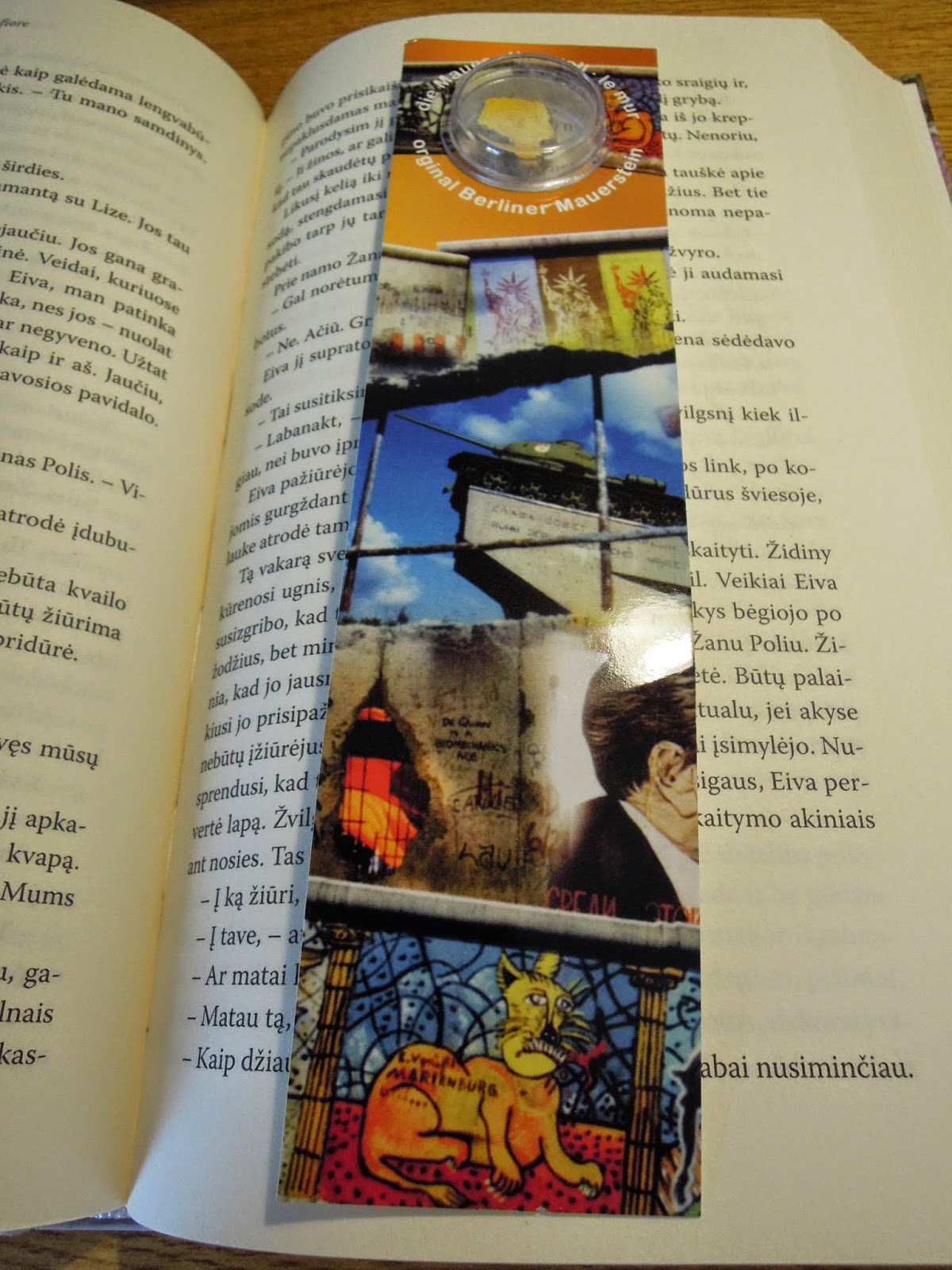 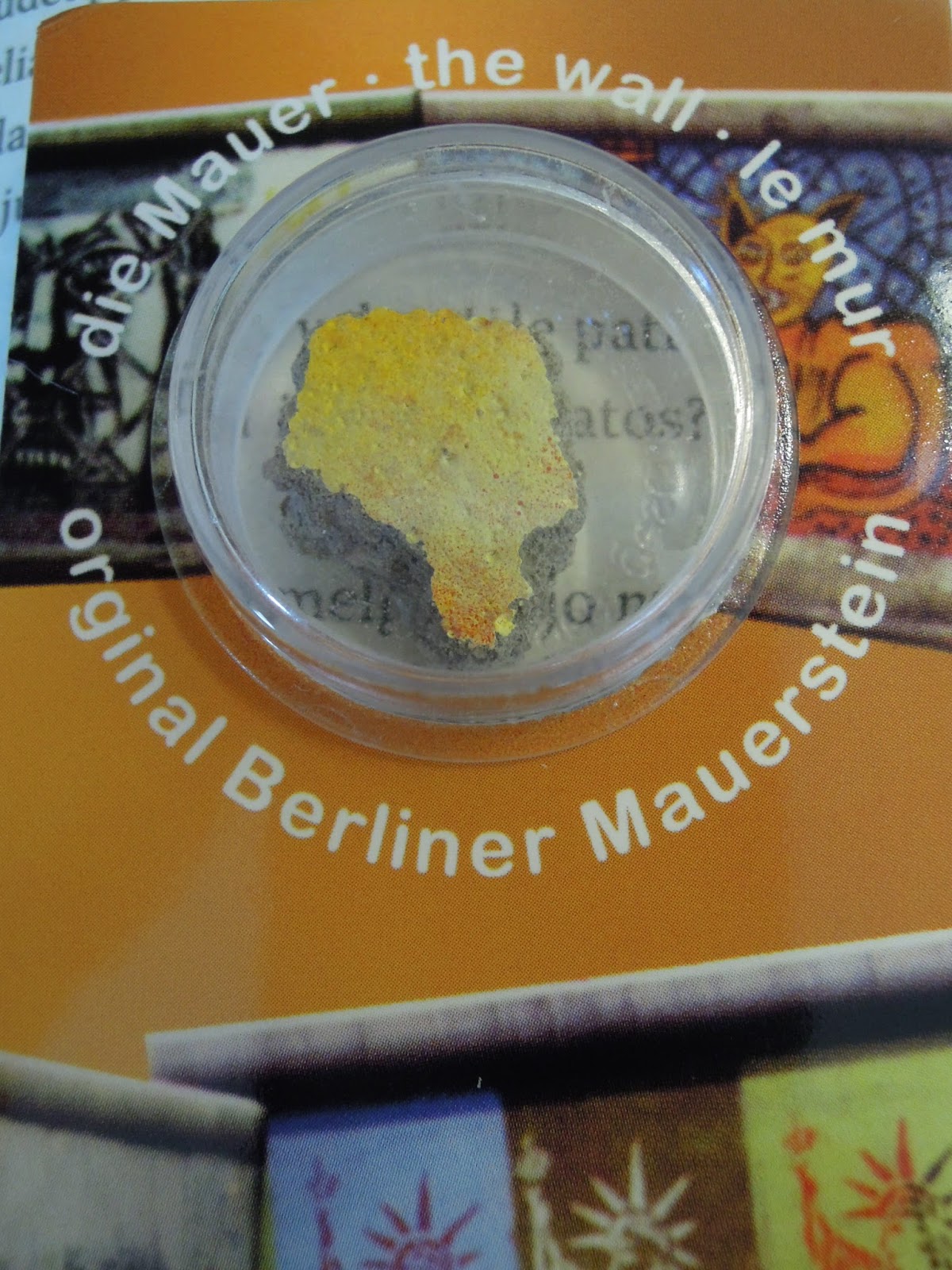 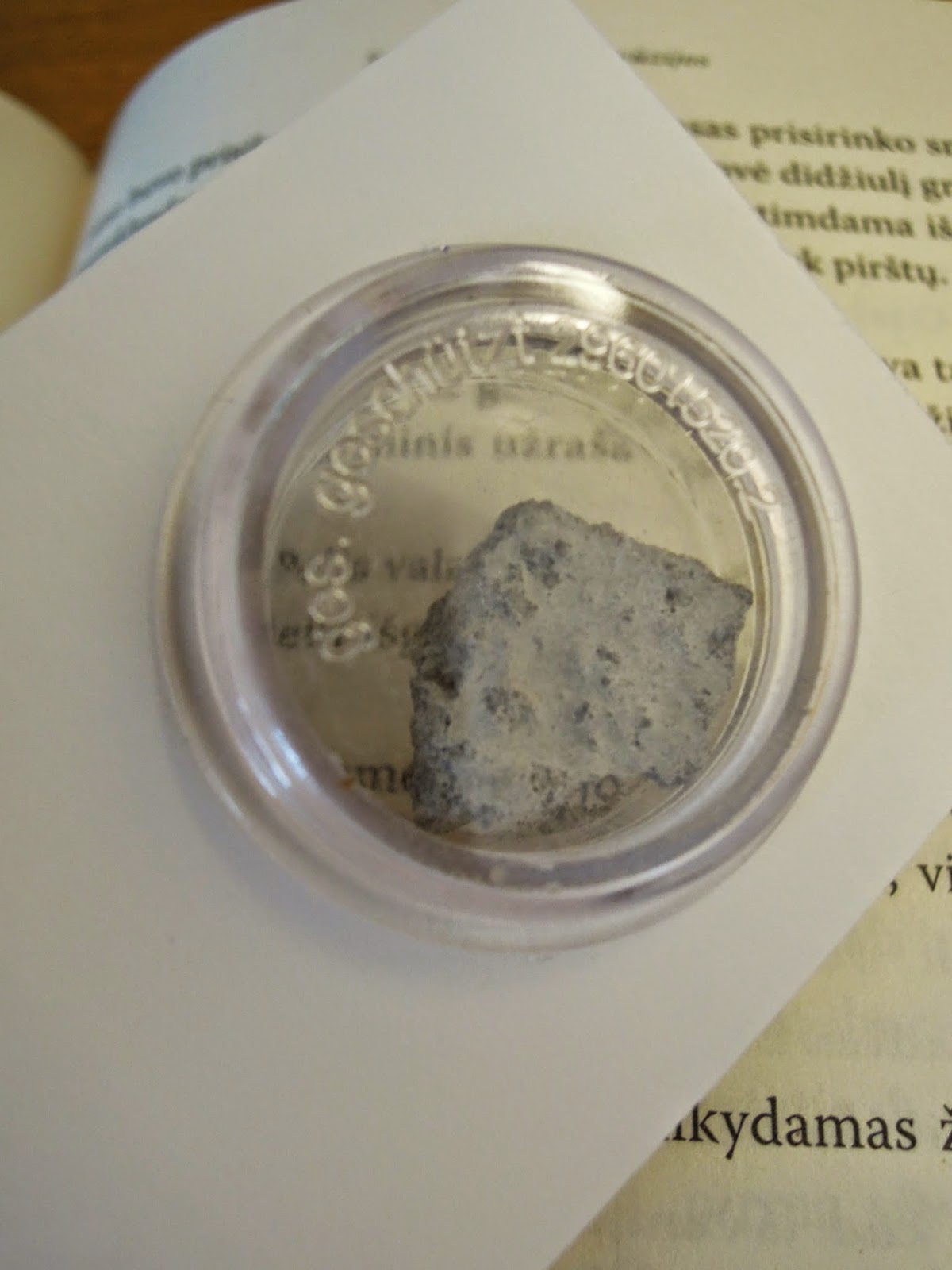 The Berlin Wall was officially referred to as the "Anti-Fascist Protection Rampart" (German: Antifaschistischer Schutzwall) by GDR authorities, implying that neighbouring West Germany had not been fully de-Nazified.[3] The West Berlin city government sometimes referred to it as the "Wall of Shame"—a term coined by mayor Willy Brandt—while condemning the Wall's restriction on freedom of movement. Along with the separate and much longer Inner German border (IGB), which demarcated the border between East and West Germany, it came to symbolize the "Iron Curtain" that separated Western Europe and the Eastern Bloc during the Cold War. 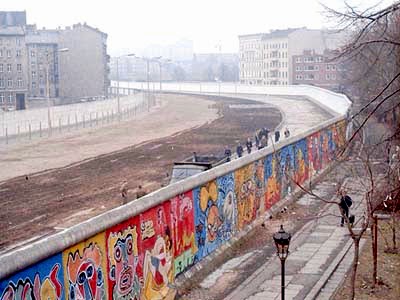 Posted by Skandinave at 2:48 PM